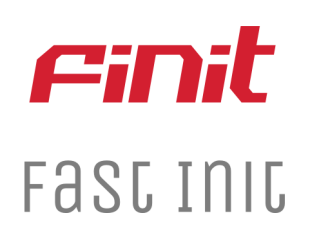 This is a blog post about Finit. Each post is concluded with a video summarizing the topic. The impatient reader can scroll down to the video.

Most non-trivial systems require dependency tracking between services. Not only does it help ensure correct operation, it is also an enabler for starting services in parallel. Less known, but just as important, is handling dependencies at system reconfiguration.

For more information about the condition subsystem in Finit, see: https://github.com/troglobit/finit/blob/master/doc/conditions.md

A <pid/foo> condition ensures that the service foo has started and created its PID file in /var/run/foo.pid. Finit tracks all files created below /var/run that ends in .pid, or /pid for any sub-directory. If the PID in the file matches a service started by Finit that service’s provided condition is asserted.

At reconfiguration it is expected that services “touch” their PID files to reassert the condition they provide. See the documentation for details and how to handle non-conformant services.

Bar service is started only when foo is up and ready.

A <net/...> condition is for various basic network conditions, e.g.,

In-a-Dyn is started only when the system has a default route. Conversely, it is stopped (SIGTERM) when the default route is removed.

A <usr/baz> condition is completely controlled by the user. These are static (one-shot) conditions that persist across initctl reload calls, but do not survive a reboot.

All User conditions are controlled using the initctl cond .. commands:

Foo service is not started until the following command is called:

Here’s a video showing conditions in action, booting Alpine Linux 3.13. The video shows how ntpd depends on syslogd, how this works and how other conditions can be added. Worth noting is how dependant processes are stopped if their dependencies are not satisfied.

Join the discussion on GitHub or #troglobit on Freenode if IRC is more your thing.